When I was a teacher with a K-Plus enrichment program, there was a game that all the kindergartners loved to play over and over again: Spot-It. Spot-It is produced by Blue Orange Games and can be purchased on Amazon or at most retail stores.

Spot-It comes in several variations, including Spot-It Sports, Spot-It Shapes, and so on. I have looked for a music variation as a theory activity in my private lessons, but it's not available yet. So, I decided to put my own game together! 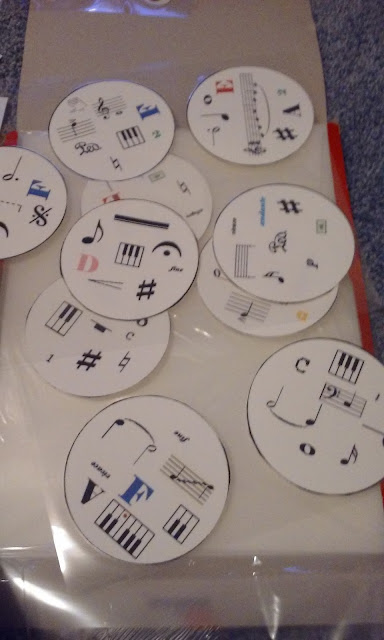 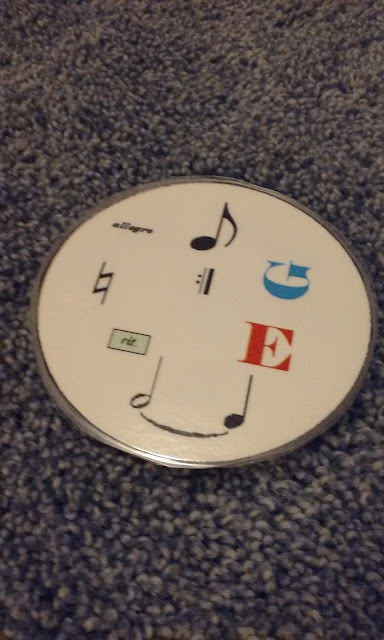 I started by creating a list all of the symbols on the original Spot-It cards, and then I substituted them with musical symbols. Since I will be using this game with my younger students, I chose symbols that should be familiar to them, and also included the letters of the music alphabet and finger numbers.

Then, I created the cards using the Paint program on my Microsoft Windows computer (low tech!). I compiled all of cards into a word document, and printed it on cardstock. My husband helped me cut them out, laminate them, and then cut them out again!
Sometime over the weekend, I'll go to my local Michaels and purchase a tin to hold the cards. We will play this game exactly as the original Spot-It is played. Based on the enthusiasm for this game that my kindergartners had, I'm sure that the intro to piano class and my younger private students will have a lot of fun with this game!

EDIT: After multiple requests via email and comments on this post, I've decided to sell a PDF on TpT. I hope this game is as useful in your classrooms and studios as it has been in mine: Middle C, I See!
Posted by Woods Piano Studio at 1:22 PM