My First Week of Classes at Lewis Music Studio

Today marked the beginning of my 10 week Intro to Piano and Preschool Music classes at Lewis Music Studio. I thoroughly enjoyed planning the lessons--and may have been a little overzealous. I had so many learning activities planned that we weren't able to get to a few of them!

Here are some of the activities and props that I used for today's classes. I want to hear from other piano teachers--what are some ways that you teach intro to piano to kindergarten students? Or preschool music classes? What are some effective ways that you've taught high and low sounds? Please share your insights and ideas in the comments below!

For the Intro to Piano class, we are using My First Piano Adventures (MFPA) Book A. I started the class with instruction on proper posture at the piano, as taught in the beginning pages of the MFPA lesson book. Then, they took turns being the "teacher" and chose pictures of children sitting correctly at the piano in the MFPA writing book. They tested their posture with beanbags balanced on their heads.

Their favorite part came next: making sounds on the piano! Again, we followed the MFPA lesson book for this segment of the class. I followed it with supplementary activities and games.

I found the inspiration for the first supplemental game here. I created separate pictures of a tiger (MFPA symbol for forte), chicks (MFPA symbol for piano), mice jumping on a piano (MFPA symbol for staccato), and a snake (MFPA symbol for legato). I placed these pictures around the room. As I played short clips of music on the piano, demonstrating these sounds, the students walked to the corresponding picture. They soon found that these sounds can be combined (e.g. forte & staccato, piano & legato)! This game was followed by a matching activity. I borrowed this idea from Keyboard Capers by Rebecca Doyle Stout. I made two "dynamic" ducks named Piano and Forte, and glued pictures depicting loud and soft sounds onto construction paper eggs. I distributed the eggs evenly between the students, and they took turns placing the eggs into the correct duck's nest. I believe this helped the students understand the connection between the sounds they make on the piano to the sounds they hear every day--a method that composers regularly utilize. 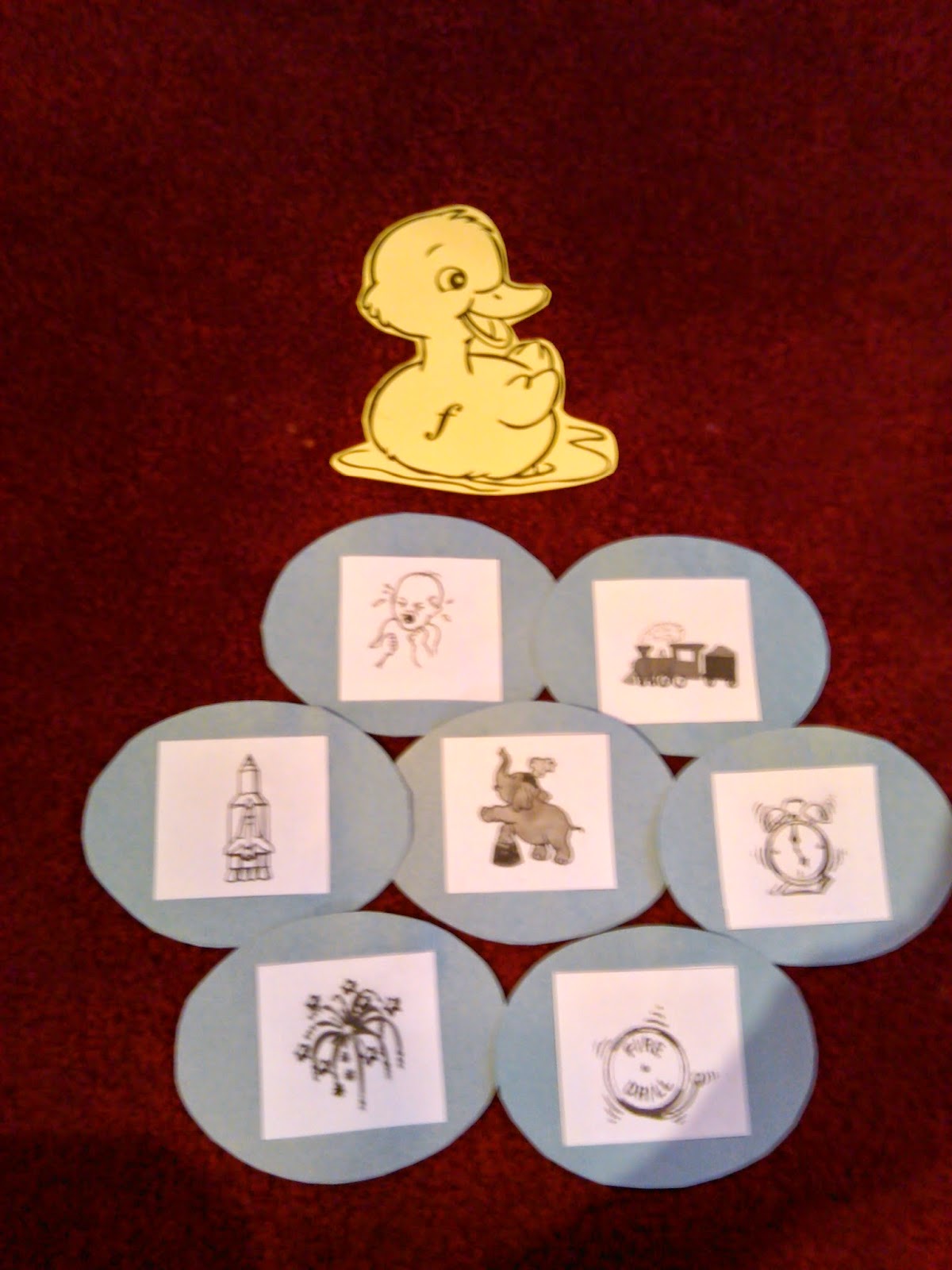 For aural skill development, I incorporated an exercise focused on forte and piano into today's lesson plan. Using "dynamic" ducks, the students held up the correct duck as we listened to a short excerpt of Haydn's "Surprise" Symphony. They loved the forte "surprises"! 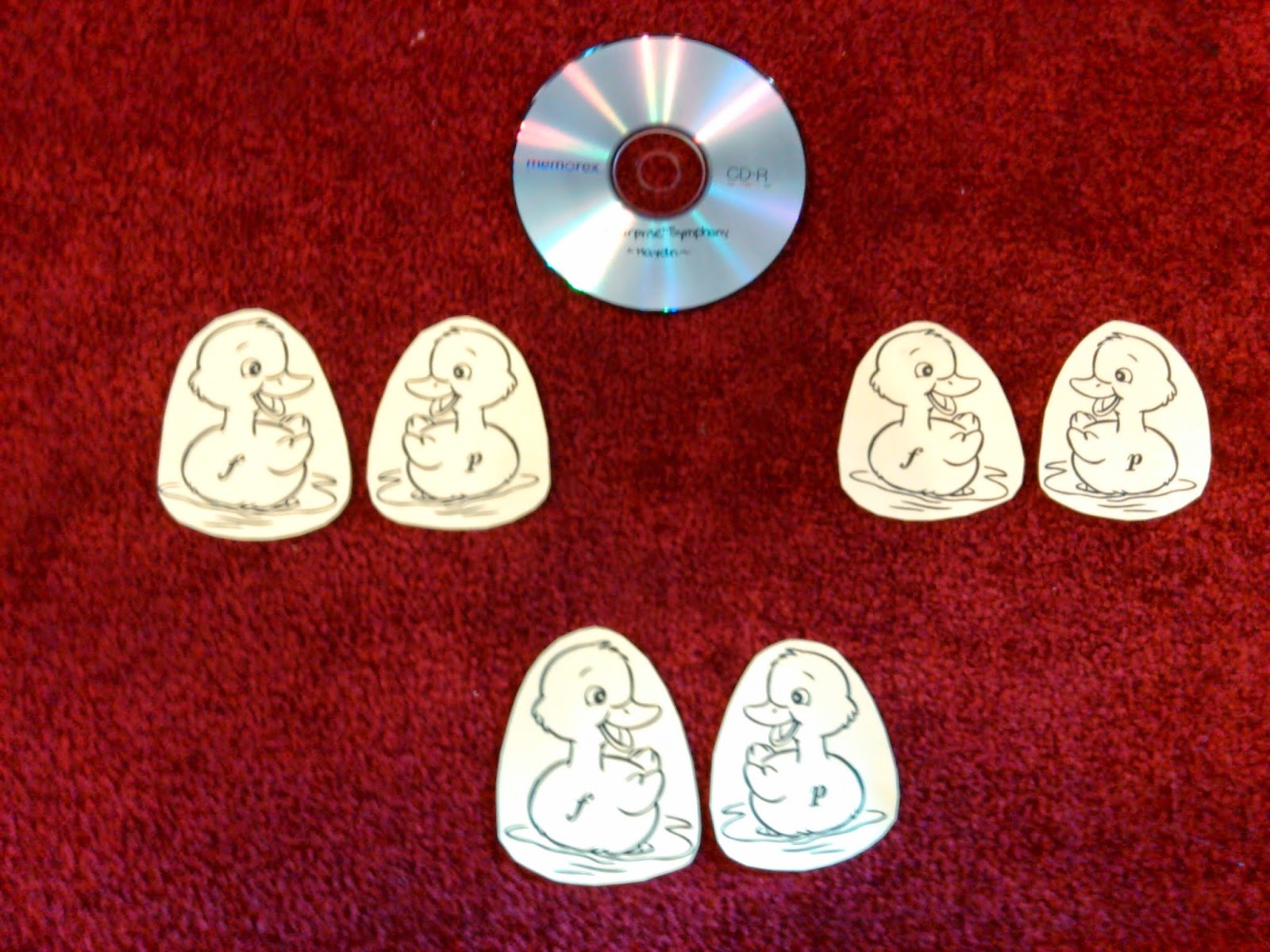 We concluded the class with the MFPA Piano Sounds duet and a quiet fingerplay that went like this:

Here's a quiet little mouse (hand in fist)
Living in a quiet little house (tuck in thumb)
When all was quiet as could be (finger to lips)
Out popped he (thumb pops out)
(Source: Mel's Desk)

This neat, little rhyme reinforced the idea of musical sounds and was a nice, quiet way to end our class time. 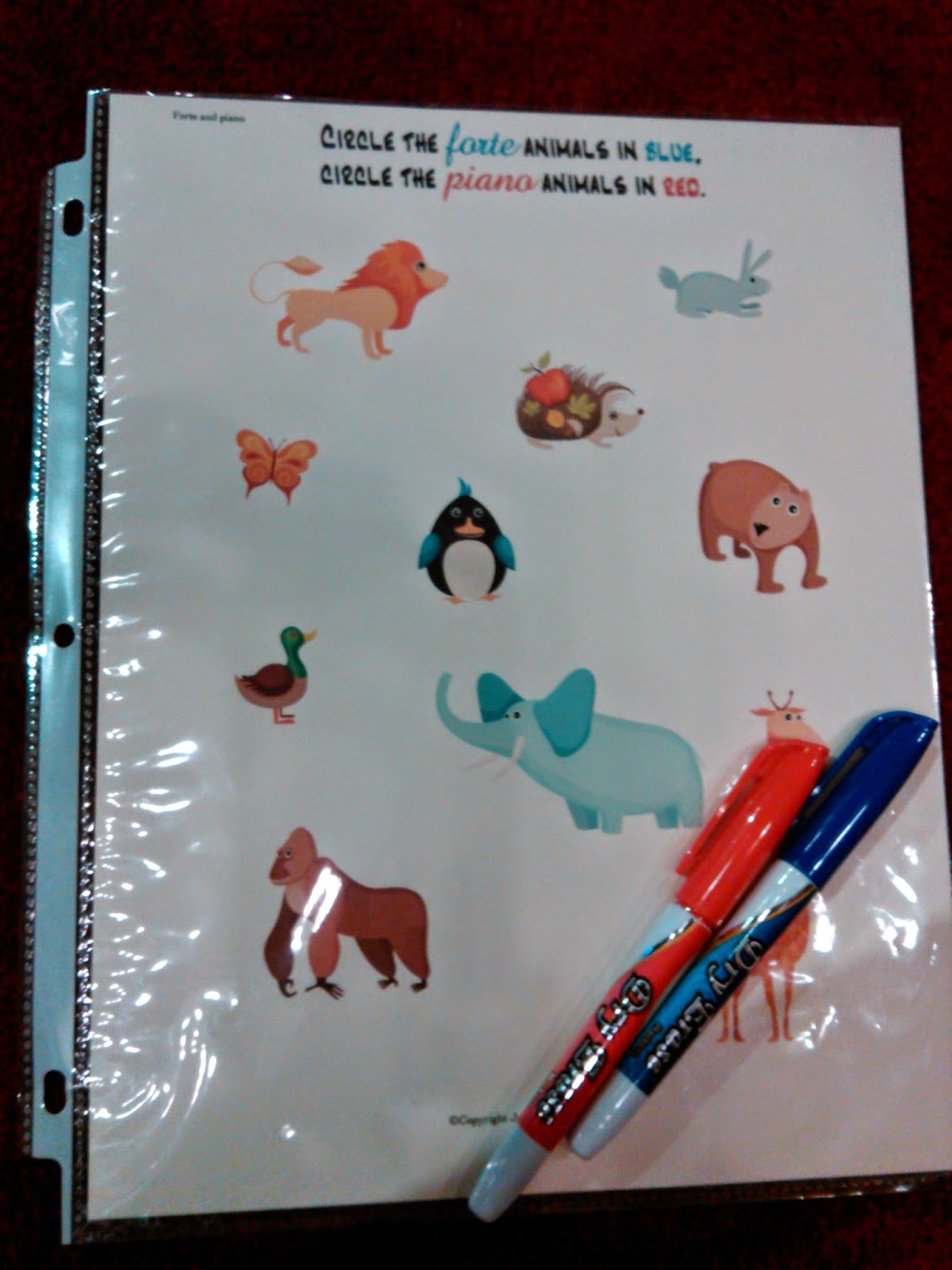 Bonus: Here is a worksheet that I found on this wonderful site. It tied in perfectly with today's theme. I printed it on card stock and slipped it into a sheet protector so that I can reuse it multiple times. I'll have to use it with another class, though--we ran out of time today.

The focus of today's preschool music class was high and low sounds. I opened the class with the familiar Open and Shut Them. I chose three action songs (Head, Shoulders, Knees, and Toes; Bop til you drop; 5 Little Monkeys) to follow our class opening with the purpose of revving the students up for music class.

To further reinforce the concept of high and low sounds, I read The Three Bears and had the students make the Papa Bear, Mama Bear, and Baby Bear sounds on xylophones. I used three bears as cues to indicate when and how the students needed to play the bear sounds during the story.

For an aural skill activity, we listened to Handel's Hallelujah Chorus and moved scarves high and low, reflecting the sounds we heard. We practiced our critical thinking skills in a matching game. I borrowed this idea from this amazing teacher. I created my own cards with high and low objects, and as we identified each object, we played the correct sound on xylophones. At first, I had my xylophone facing me, but I soon learned that the students were mirroring me, so I turned it around and played it backwards. 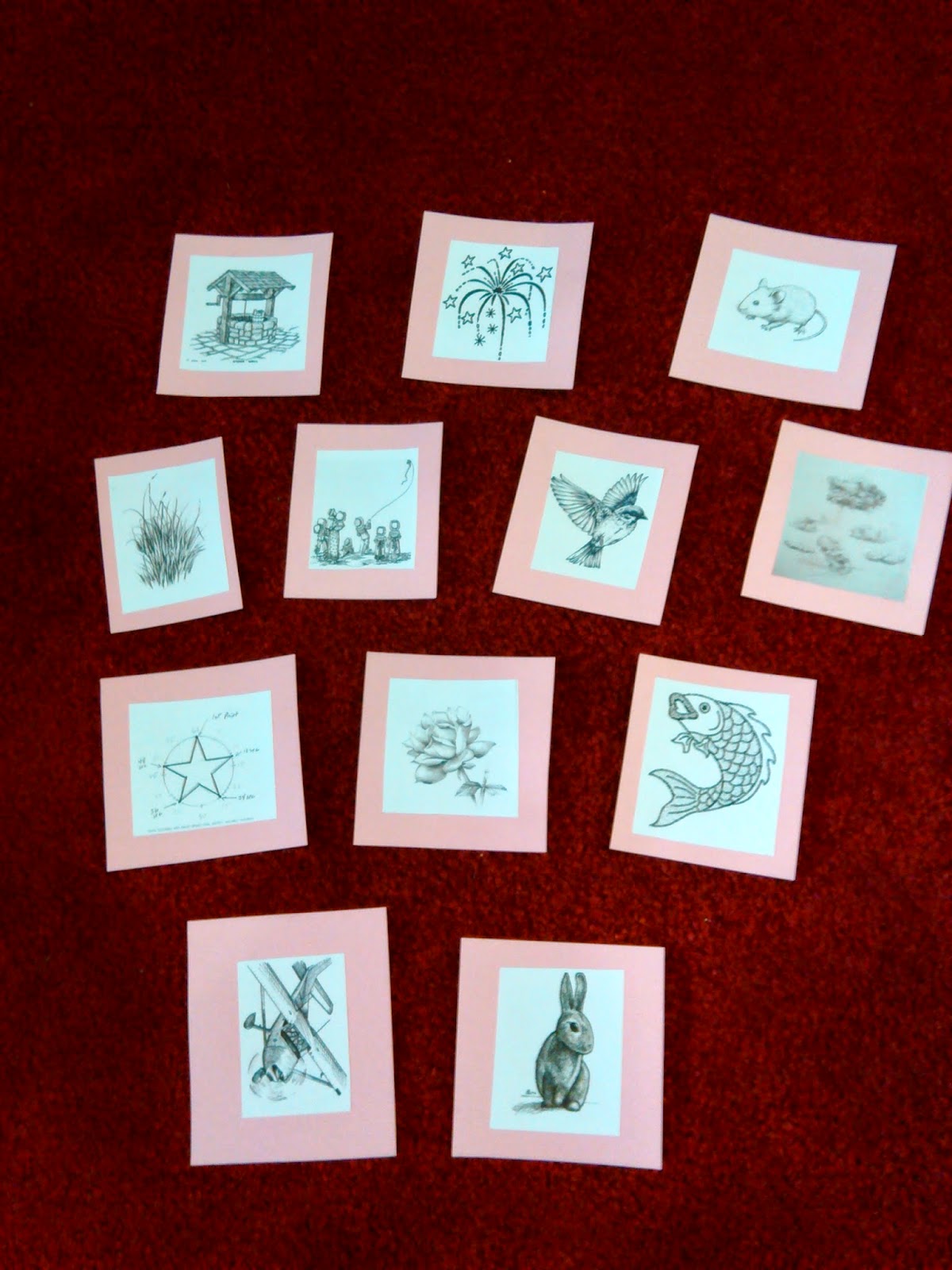 Class concluded with a high and low rhyme called Pussy Willow. Beginning on the lowest note on the xylophone, we sang the first line on a repeated pitch, and moved up by one bar on each line. By the time we reached the top of the xylophone, we were ready to move back down on the "meows" and said "SCAT!" at the end. The students especially liked that part!